This weekend, the 9yo has informed me he has had the best weekend ever.

How? We’ve done nothing extraordinary, we’ve not spent bucket loads of money and we’ve not travelled the globe.

We’ve spent the weekend doing not much with lovely people.

1. Playing football (crossing in apparently) after school with his mate for two hours. TWO HOURS!
2. Being childminded by friend’s son to whom he showcased his colouring app from his iPad – and friend’s son (who is an awe-inspiring 15yo) liked it. This gave the 9yo kudos.
(of course I had nipped to the pub with parents of said 15yo childminder for a cheeky Fizz Friday)
3. Eating an Indian past his bedtime (of course when we returned from early doors drinking on Fizz Friday, we brought an Indian back)*
4. Being allowed to sleep in bed with his mummy (of course I have added this one as he would never admit it, but it’s true)
5. Going to the Lakes to see his mate who he used to go to school with
6. Watching two Harry Potters back to back
7. Eating bacon butties
8. Listening to loud music in the car. I did try to educate him on the merits of Neil Diamond, but it turns out Ed Sheeran makes him much happier
9. Drinking Lucozade Sports – which in turn gives him brain freeze
10. Me (again I may have added this to get the list to 10.)

This list was put together as we travelled back from the Lakes and he was telling me in detail what happens in back to back Harry Potter movies….with impressions of all the characters.

It got me thunking. His list of things that made the weekend was a list of moments. Small moments in time that together made a blinkin marvellous weekend.

These small fry could (occasionally) could teach us a thing of two.

I promised myself this year I would count the moments, not constantly worry about the bigger picture, not worry about the future and not try and plan the most perfect path with a cottage at the end with rose-tinted windows looking out on the world.

In the main I’m not bad at doing this – but the wisdom of my 9yo today has reminded me it’s the moments that make the memories.

If I ask him to remember a holiday or an occasion, he picks out something little that happened. Like last year in Cornwall when I played Volleyball with him over the washing line, or when Bessie (the stupid dog) made a nest in my bed and the small things thought it was hysterical (I didn’t).

1. A glass of wine (of course this would top the list) with a good friend in front of a burning woodfire as the rain lashed down outside (this was made all the better by the fact good friend’s husband was looking after the small things) 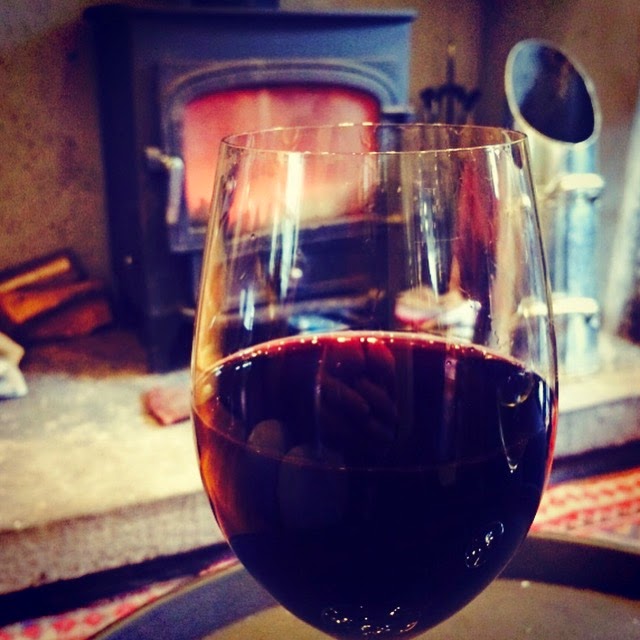 2. A daft text from a friend which made me laugh out loud
3. Singing loudly to Neil Diamond in the car (whilst having the added advantage of causing the 9yo a great deal of embarrassment)
4. Getting the text from my soon to be 13yo to tell me she is on her way home from her netball weekend (and is safe and sound) AND everything on the text was spelt perfectly
5. Walking into the house to be greeted by the stupid dog
6. My independent 9yo padding into my bed at midnight (I know he should sleep in his own bed all night, but I’m rather confident he won’t be doing this at 15 years old)
7. Bacon butties – with brown sauce
8. An arrangement for an easy tea in the pub
9. Did I mention a glass of wine?
10. See above

So all in all on the rather wet and not so springy Sunday as me and the small fry snug down and watch Paddington, I am cherishing the moments, counting my blessings and thinking of pouring myself a glass of red.


*For the purposes of those worried about my parenting skills, the impromptu Indian that followed Fizz Friday was at 9.30pm  – not 1am….(does that make it any better?)