Twice a year I open the house up (there’s also tours of the west wing on bank holidays) and throw an afternoon shin dig. The first one is just before Christmas and it’s always mulled wine and mince pies.

The second is around the nearly 10 year old’s birthday. The weather is always nice (I specifically order that) and the ‘garden party’ culminates in a crazed four to five hours where grown-ups eat food, drink wine and small things run like crazed loons in the garden and around the house. 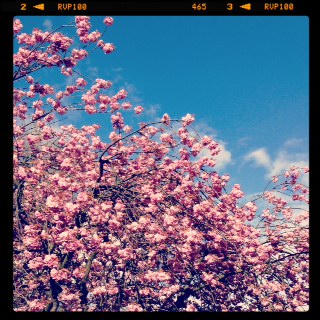 The garden party – when I say garden party, I actually mean I open the french doors onto the square of grass and decking that can be called a garden and hope for the best.

Planning for this event is not something I plan.

1. Small thing announces to a few friends when the party is planned

2. I frantically check the calendar

3. I send out text to family saying come one over

4. I meet various friends and say come on over

5. Small things randomly invite friends and say come on over

6. I mention it to the neighbours and say come on over

7. I take no notice of who can and can’t come and make no note of numbers

8. The morning of the event I spring into action and muster up various dishes
(This year I actually made a chilli the day before as I had sensibly planned to undertake a car boot sale the morning of the party.)

9. On the day, everyone arrives (late) and leaves (late)

10. All conversation takes place in the kitchen (with the exception of a few men folk who can be found discussing football in the garden).

You generally can’t move in the kitchen, it’s full t’brim of people. People catching up, chatting away, discussing the state of school, the country, the latest relationship, pregnancy, marriage and/or divorce. Pass-the-baby, that well-known game, is played well and wine is consumed.

I have three rooms downstairs; living room, play room and kitchen and everyone still stays in the kitchen. The hub of my home.

All important conversations take place in my kitchen, news is consumed in the kitchen and issues debated (and sometimes resolved).

There’s only been one real disaster at one of the bi-annual events. This occurred when various adults had strangely strayed into the living room and then shouting was heard from the bathroom.

A small thing (she was three at the time) had managed to lock herself in the bathroom. At this particular event (it was a Christmas gathering) the grown-ups were all pretty laid back (drunk) as we tried to encourage the three year old small thing to open the bathroom door. It was not successful. The other small things got quite stressed whilst the grown-ups got the giggles (drunk). Luckily trauma was averted as one of the dads (also a fireman) successfully broke the door to save the child (who incidentally was happily playing with the two boats and some bath crayons she had found).

The difference at this occasion, people had strayed away from the kitchen. People were in the living room.

We learnt a  lesson from the bathroom incident.

We should stay in the kitchen. (you can’t hear if anyone is locked in the bathroom from there).